Home > News >In the news > Akeance runs for culture 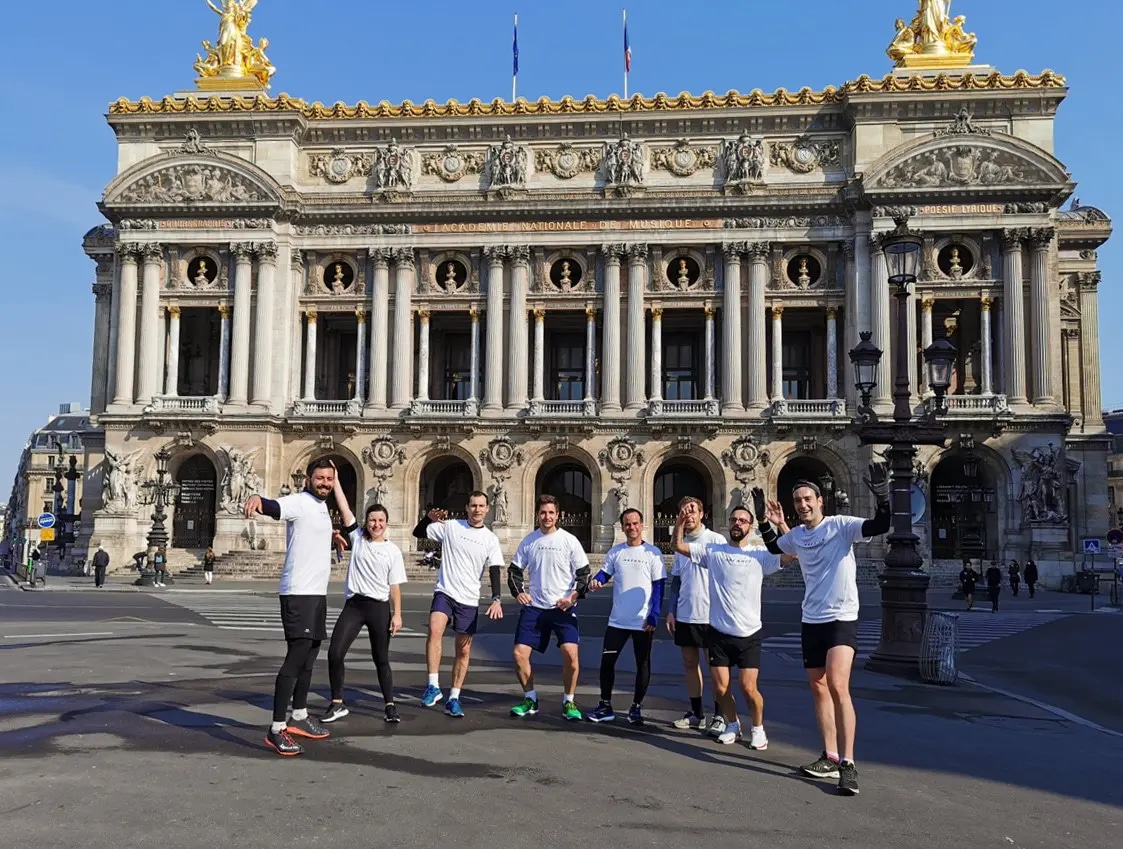 2020 have changed our habits and our way of life. For almost a year now, the pandemic has forced us to restrict our outings and, as a result, our access to culture has been severely reduced.

In this context the cellist Gauthier Herrmann launched the initiative Je cours pour la culture, which has been undermined for several months now. His project is simple: to run across France for almost 900 km in 13 days. It is an opportunity to show his support, but also that of his partners, sponsors, companions and his entourage to all the actors of the culture in France.

Aware of the importance of culture in our world, Akeance decided to support this adventure. Our consultants wanted to mobilize with Gauthier Herrmann and accompanied him on the first ten kilometres of the journey. However, the announcement of the lockdown at the beginning of April forced us to review our support without abandoning it.

Due to travel restrictions, we decided to support culture by maintaining a 10 km race in Paris and no longer from Montgeron as it was initially planned. Following the example of Gauthier Hermann, who symbolically tries to create a link between the different actors of the world of culture everywhere in France, our course connected various Parisian cultural places: the Jacquemart-André museum, the Pleyel room, the Tokyo palace, the Grand Palais, the Orsay museum, the Louvre carrousel, and of course the Garnier Opera!

Our consultants started the race on Sunday morning from the Akeance Consulting offices in the 8th arrondissement of Paris and ran for 10 km in just a hour.

Congratulations to Gauthier Herrmann and the Akeance runners! We hope that this mobilization will allow culture to get a fresh start!