Home > News >In the news > The solidarity barrel 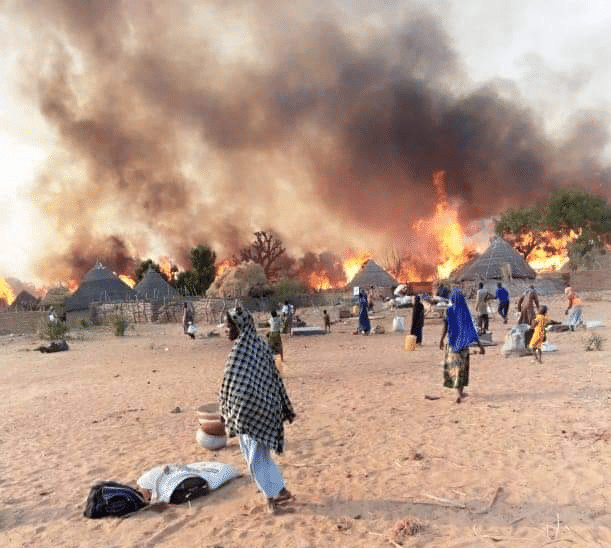 As you know, Akeance supports a Burkinese community localized in north of Kaya, a town about 100 km to the north of Ouagadougou.

It is the friendship between Michel Mondet and Father Daniel, priest at Auteuil between 2014 and 2019, which is at the origin of this support.

Initially, the aid consisted of equipping the villages of these communities (made up of Christians, Muslims and animists - including Father Daniel's grandfather) with wells in order to allowing access to water for several villages. The area is granite. Therefore it is necessary to drill between 40 and 60 meters in difficult conditions, before finding the water table.

For some time, the situation is no longer serene in this northern Burkina. Jihadist attacks happen each day and there are dozens of murders every night (obviously without distinction between men, women and children). The number of exactions is immeasurable. One consequence is the flow of people from the north back to the villages of the communities we support, several thousand people. These villages are absolutely overwhelmed: their population sometimes doubles in a single night! Their wells run 24 hours a day and the pumps wear out; to keep the pumps in working order, some villages make sure that they are not used between midnight and 6 a.m.

The bishop of Kaya has appointed Father Daniel to be in charge of these migrants.

We are continuing our support for access to water for these villages. Currently, a 5 m3 water tanker is being built above a well whose pump will be in service thanks to solar panels. We have also financed the purchase of a three-wheeled vehicle, not to bring millet bags, but to act as an ambulance and transport the injured to the hospital in Kaya (which, incidentally, lacks everything).

At the same time, we have decided to support these communities and migrants by regularly sending goods. Concretely, a 220-liter barrel is installed in our Parisian offices at street Portalis. The aim is to make this barrel make as many round-trips as possible to these villages.

Akeance consultants will be responsible for filling in this "solidarity barrel" with their old clothes and shoes (men's, women's and children's), school and non-school books for children, freeze-dried food such as soup, bolino and or powdered milk, and toys.

Let's wish good luck to the "solidarity barrel" ... and many return trips!